Anyone who has spent time parenting or working with teens knows how eccentric and anomalous the teenage years can be. Indeed, teens are often known for their risky behavior, mood swings, and general angst. 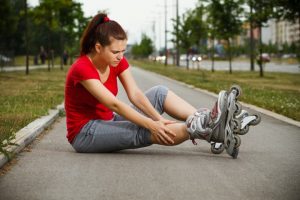 But teens are also often very social, as well as active and athletic. What’s more, the teenager years are when most young people first get their driver’s license, which means that being more mobile becomes a possibility. All of these things combined–a propensity for taking risks and the participation in inherently risk-filled activities (driving, playing sports, etc.)–means that teenage injuries are not uncommon. In fact, teens are much more likely to be injured or killed in car accidents, for example, than are adult drivers. Statistics show that while teens only comprise about seven percent of the population in the U.S., they account for approximately 11 percent of total costs of motor vehicle-related injuries.

Teens may be at an increased risk of suffering certain injury types when compared to adults. Some of the most common causes and types of injuries that affect teens include–

All of the teen injury types listed above have the potential to result in both economic and noneconomic losses, including medical expenses, the need for long-term medical care, property damage, loss of earning potential in the future, and psychological injuries and emotional harm. When injuries would not have been sustained but for the actions of another person–whether through intentional action or negligent or reckless conduct–the teen and their family deserve to be compensated for the full extent of losses.

At The Law Offices of Alan Hildreth King & Associates, our Revere personal injury attorneys have experience representing teens and their loved ones in injury claims. If your teen has been harmed due to the actions of someone else, we want to meet with you. Please contact us today at (781) 284-2900 for a free consultation with our experienced Revere personal injury law firm. We care about you, and will work hard on your behalf.